As Belgian football continues to grow and solidify its place in the higher rankings of FIFA, the nation’s domestic league teams maintain their global reputation of talent development. From the disappointing period around the early 2000’s rose an opportunity to push the ‘reset’ button within the national footballing association. Using the early exit at Euro 2000 as a catalyst for revamping the entire footballing landscape has seen one of the most remarkable stories in football development. 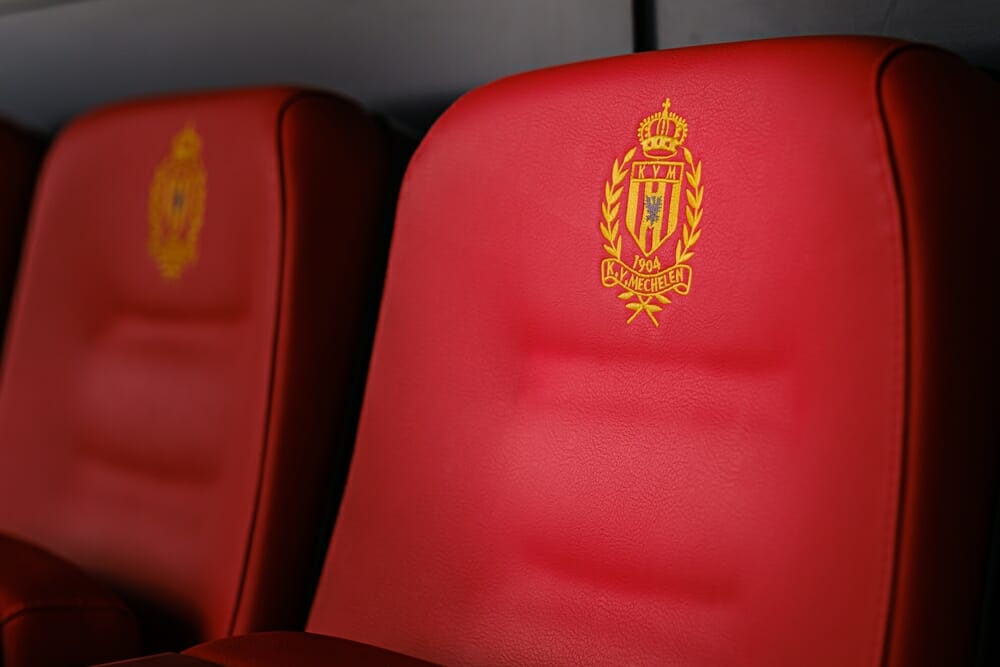 Not only did the Belgian FA work closely with the ministry of education in order to bring about a national change and focus, but the use of sport science and coaching research led to the increased number of training and practice hours dedicated to the national curriculum and school for talented players. Recently it took its place in the elite to grow significantly as a football powerhouse around the World culminating in its first World Cup Final in Russia 2018. Not only is the national team continuing to shine its light on the International stage from afar, but within the domestic game there is further professional development & rise in sport science & coaching methods. 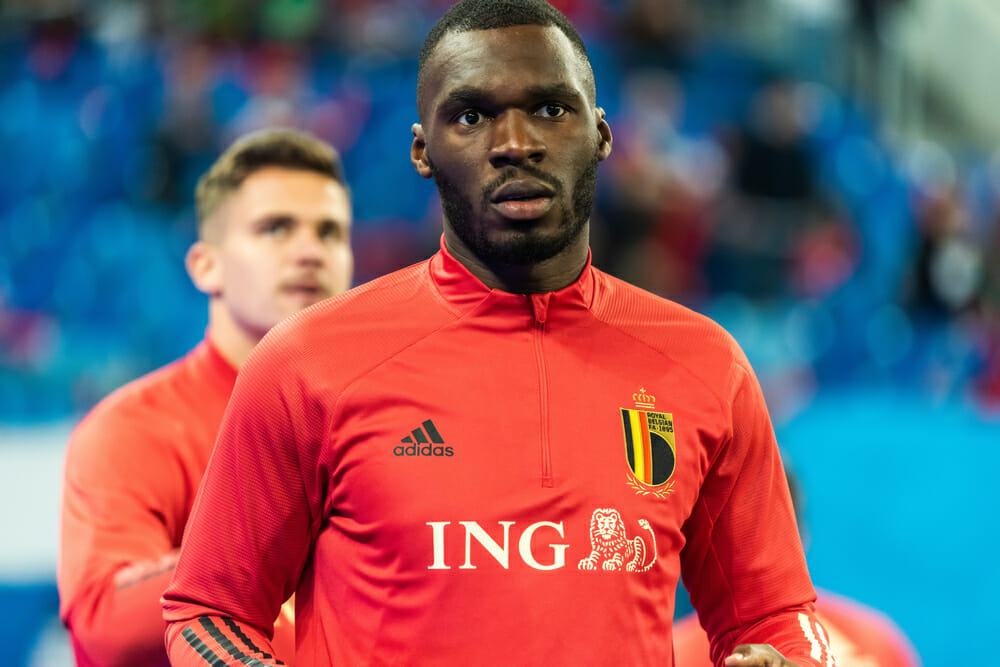 Not only did this catapult the increased school based training hours for talents within the nation towards four 3-hour sessions, the number of players being developed at an exponential rate also occurred. Based on the increased opportunity to work and develop, the rewards could be seen as early as 2007, during this year, the Under-17s reached their U-17 European Championships semi-finals stage with two notable players Eden Hazard and Christian Benteke in the squad. Furthermore, and fast forward to the next 12-months, the Belgian U-23 side, also got to the semi-final stage of the Olympics with future Belgian legendary players Vincent Kompany and Jan Vertonghen prominent players in the team. 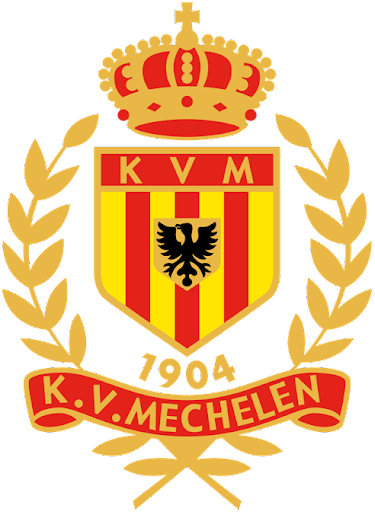 Although the national association can be proud of the development of the strategy within the nations success, the role the clubs play cannot be overlooked. One of the most well-known clubs in Belgium football is KV Mechelen, who professional club based in the city of Mechelen in the Antwerp province. KV Mechelen plays in the Belgian First Division A and through the years have won 4x Belgian championships, 2x Belgian Cup, as well as the 1987–88 European Cup Winners’ Cup and the 1988 European Super Cup. As a club they collected most of their honours in the 1940s and in the 1980s. Although the club’s trophy success is part of their history, talent development & promotion of academy players into the senior game is something that continues to be at the front of the clubs philosophy. 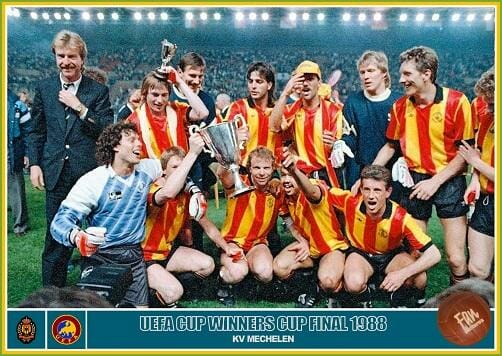 KV Mechelen is a team that opts for youth. KV Mechelen has a big number youth players under contract, and players getting their chance to train with the first team. This starts with a high-quality education by qualitive educated coaches. We want to prepare the next Aster Vranckx (AC Milan), Alec Van Hoorenbeeck, Jules Van Cleemput, or Jordi Vanlerberghe for our first team. 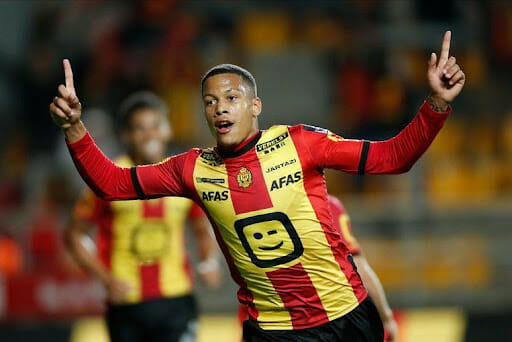 Not only playing a part in many Red Devils football careers to date, they have continually been at the forefront of innovation of the game in order to continue to develop and provide the senior team & subsequent European teams with top class talent, which has now led to the official partnership agreement between themselves and the globally acclaimed International Soccer Science & Performance Federation [ISSPF]. Developing coaches & practitioners on an International, national & local community level through provision of cutting edge, bespoke, online football training resources & courses delivered by leading professionals from around the world, is the next step to continuing their development as an innovative & forward thinking club. 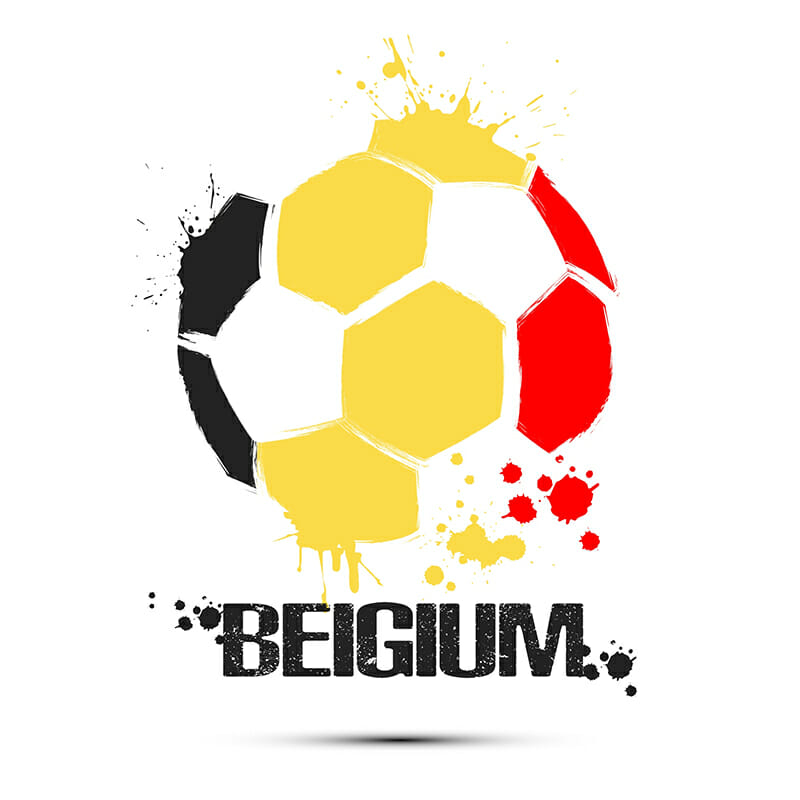 Not only is the key to the partnership to develop staff from academy to 1st team as part of the in-house club development process, but this official link gives individuals the chance to be a part of a progressive continued development & online coach education strategy moving forward for people in and outside of the club looking in.

Head of the Physical Department Stijn Lintermans spoke about the link with the world renowned organisation ISSPF by discussing how,

“At KV Mechelen Youth academy we not only form players, but also young talented coaches. Through the partnership with ISSPF, we now get input at team level, so that the opportunity for discussion and the impact towards a supported vision will be much higher. It is our intention to set up a big live hybrid event (theory & practice) with ISSPF & KV Mechelen." 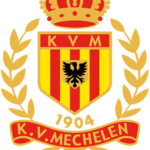 The Educational possibilities provided through the courses are open to almost anyone involved in the game as Youth Academy or Senior Coaches, Managers, Strength & Conditioners, Sport Scientists, Physios, Medical Practitioners or Talent Scouts, and ideal to provide insights & additional qualifications as well as best practice to design and implement plans, and sessions with individual players and teams.

It is the mission of the youth academy of KV Mechelen to organize football matches of a high level and to let as many players as possible grow from their own youth to the first team. To make this possible, KV Mechelen apply the following principles in addition to a professional structure:

KV Mechelen is aiming to achieve this by improving the level of their technical staff, further professionalising , their accommodation and working together with schools and other sports clubs at a regional level.

Training is built up in all age categories in accordance with the RBFA training vision, in which an appropriate mix of intermediate and competition forms are central in function of a maximum transfer of training themes to competition situations. In every training, care is taken to ensure that the core is spent on competition forms for at least 50% of the time.

Players should be given the freedom to test what they have learned in the match context. Our coaching is therefore always aimed at letting players find solutions without imposing them themselves in advance. The players must learn to recognize situations and learn to make (the right) decisions independently. 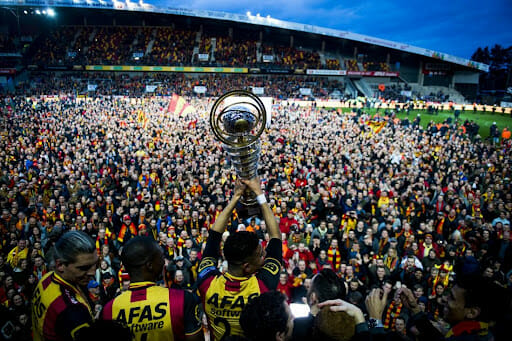 Head of 1st Team Performance Colin De Graaf spoke about how,
“This partnership is a great chance to be a catalyst for the Performance environment we strive to build here within KV Mechelen. And we believe in building people to build the club. It allows us to give our coaches a broader perspective on among others coaching, training and recovery.”

As a leading online Football Coaching & Performance educational organization, ISSPF is not only seen as the trusted partner of elite, amateur and youth soccer clubs, international & continental federations, but also as key educational partners of schools, colleges, universities and training institutes worldwide. The ISSPF accredited courses cover a range of coaching interests from grassroots, through to the elite professional coaching level so are available for all individuals interested in enhancing their knowledge & career prospects. 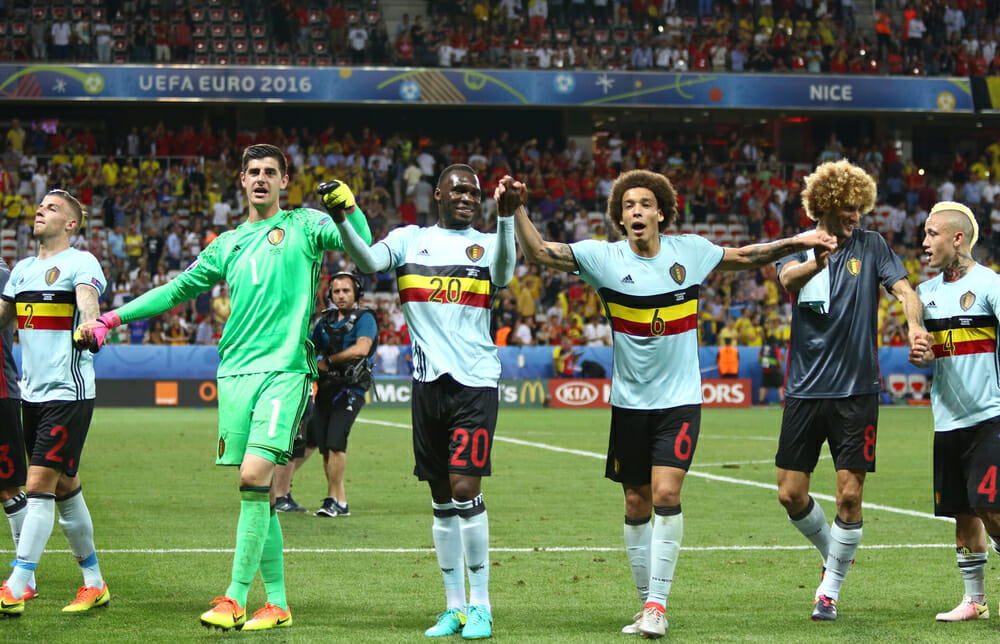 KV Mechelen Youth Sporting Director Bart Struyf made an official announcement on behalf of the collaboration by saying, “We are proud & delighted to set up this collaboration with ISSPF. It is always our intention to stay up to date around the latest insights around the physical, mental, nutrition, etc. We believe that this cooperation can also be beneficial for our partner clubs in the Mechelen region. In this way we take another step forward as the training academy in Belgium.”

The partnership will be live on the internet & accessible for all individuals wanting to begin or continue their development & dive deeper into these specialised areas of the game. Anyone wanting to find out more regarding the online courses, partnership & professional development opportunities can go via the link www.ISSPF.com 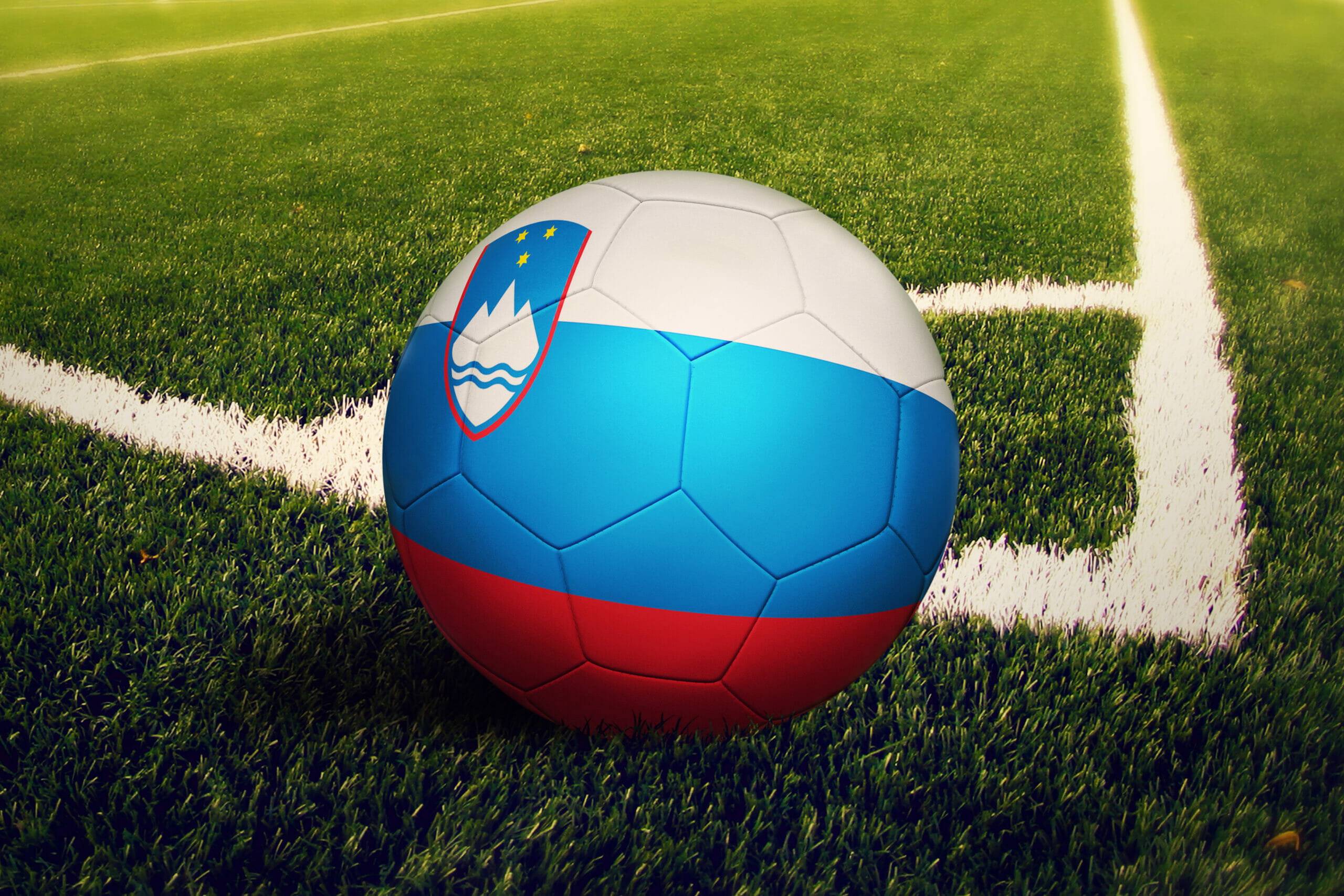 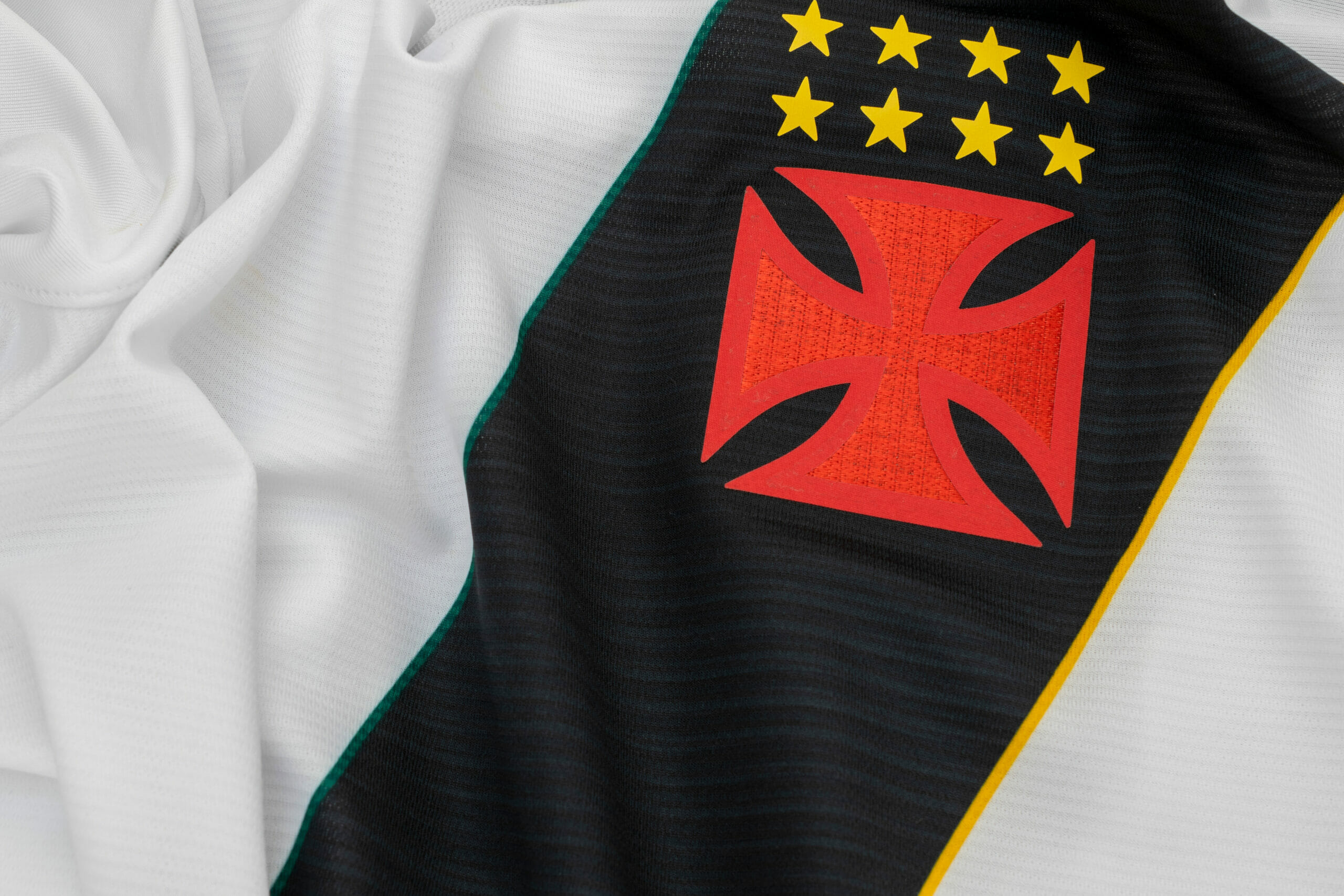