The Journal of Strength and Conditioning Research

Discover Courses
Futsal is a 40-minute game (20 minutes each half with a 10-minute half-time break) played by 2 five-player teams on a 40320-m court with 332-m goals. The maximum number of substitutes allowed is 9, with unlimited substitutions during the match. Futsal demands intermittent high-intensity actions requiring high physical, technical, and tactical efforts from the players. Futsal is a sport of growing popularity, and the number of futsal players has overcome a million of licenses registered by national federations worldwide.

This study aimed to examine the incidence of injuries and their characteristics among professional Spanish futsal players during the preseason period and to compare injury-related variables in the context of both competition and training. Eleven futsal teams belonging to the First and Second Spanish Division and 161 players participated in the study. Characteristics of injuries, including type, location, cause and time of injury, injury recurrence, and duration of absence, were recorded. A total of 62 injuries were reported; injury rates of 9.9 (95% confidence interval [CI]: 7.0–12.5) injuries/1,000 training hours and 61.1 (95% CI: 25.7–96.5) injuries/1,000 match hours were collected. These data indicate a mean of 5.6462.66 injuries per team during the preseason period. Of these injuries, 92.1%involved the lower limbs. When data from training and competition were analyzed together, the highest incidence of injuries affected the ankle (21%), followed by the hip/groin and knee (19.4% each). The most common type of injury was muscle rupture/tear/ strain (29.0%). During training, the highest percentage of injuries were located in the knee (23.9%), followed by the ankle and hip/ groin (21.7% in each case), while during matches, the thigh (35.7%) followed by the ankle (21.4%) was the regions most affected. A significant relationship (p50.008) was observed between injury cause (without contact, with other player, with the ball, and others) and injury context (training, match). These data suggest that futsal players in this period of the season are less likely to suffer severe injuries than soccer players, and that clubs participating in the LNFS achieve equivalent success in terms of the return to sport of their futsal players as the European elite soccer clubs. 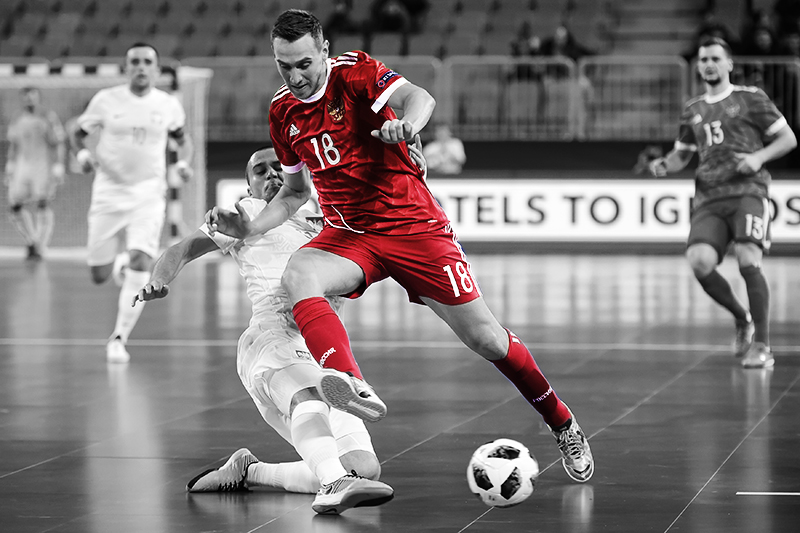 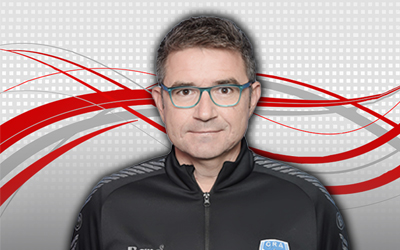