Discover Courses
Soccer can be characterised as an intermittent sport, with “repeated bouts of high-intensity running interspersed with periods of rest or low-intensity running” (Malone et al., 2016), and incorporates frequent jumps, changes of direction, accelerations and decelerations (Barrett, 2016). As a result of the highly intense nature of match-play, in comparison to training, Ekstrand et al. (2011) found injury risk to be “six times higher during match-play compared to training”. Research (Alentorn-Geli et al., 2009; Ekstrand et al., 2011) suggests that injury risk factors can be divided into several sub-categories, notably intrinsic vs extrinsic risk factors, as well as modifiable vs non-modifiable (Alentorn-Geli et al., 2009). Barengo et al (2014) argue that although there are several non-modifiable injury risk factors that may result in injury incidence, it is estimated that the majority of muscular injuries are preventable. This has led to the prevalence of injury prevention programmes within elite-level soccer, aimed at reducing the modifiable risk factors associated with time-loss muscular injuries. Research (Barengo et al., 2014) has shown the implementation of injury prevention programmes such as the FIFA 11, or the FIFA 11+, reduces injury incidence by up to 35%, if implemented correctly. As more extensive research is being afforded to explore injury incidence and risk in professional soccer, injury reduction techniques are continuously developing and incorporating new technologies to facilitate this process.

The past decade has seen a momentous rise in the use of Training Load (TL) monitoring technologies to help manage players’ daily and weekly workloads. Prior the influx of advanced load monitoring technologies, practitioners monitored volume and intensity through the use of simplistic Heart Rate monitors and subjective questionnaires, such as Borg’s (1982) Rating of Perceived Exertion (RPE) scale. Although TL monitoring is still in its relative infancy, research (Casais, 2008; Halson, 2014) suggests that monitoring players’ external and internal responses to training and match-play is just as important as implementing an effective injury prevention programme, in reducing time loss injuries, as it is a highly modifiable injury risk factor. This process has simplified in recent years due to the advancement in time-motion analysis, such as global positioning systems (GPS), and HR monitoring, software, to name a few. Monitoring training has become the norm in elite-level team sports, resulting in an intensification of research exploring different methods of maximizing performance and reducing injury risk, through the manipulation of TLs. Although there has been an evident increase in published research in this area, further research is still required to investigate the impact of internal and external TL monitoring methods on injury risk in elite-level soccer.

Although research (Impellizzeri et al., 2004; Malone et al., 2015; Gabbett, 2016) has explored the relationship between internal and external TLs and injury risk in elite-level soccer respectively, no research to date has examined injury risk in relation to a combination of both external and internal TLs. Consequently, this study aims to assess whether an integrative approach to TL monitoring can provide a more comprehensive understanding of injury risk in elite-level soccer than analysing external TLs exclusively.

In order to grasp the physiological or psychological impact of training and match-play stimuli, quantifying the internal TL has become a vital cog in understanding the stress athletes are being exposed to on a daily basis. Halson (2014) suggests that the internal TL is “the relative physiological and psychological stress imposed” on an athlete as a result of the prescribed external TL. Although successful physical performance is largely dependent on attaining specific external training outcomes, measuring the internal response to TL allows practitioners to effectively adapt the prescribed training and recovery stimuli players are subjected to on a daily basis (Impellizzeri et al., 2004; Gallo et al., 2015). This helps practitioners to adjust the demands of training as to avoid heightened levels of fatigue, or more severely over or undertraining, which places an athlete at a greater risk of injury (Impellizzeri et al, 2004; Gallo et al., 2015; Gabbett, 2016; Malone et al., 2016).

Research (Coutts et al., 2009; Dellal et al., 2008; Kelly et al., 2008; Bradley et al., 2011) has shown monitoring Heart Rate (HR) response to be one of the most common methods of quantifying internal TL in professional soccer. Coutts et al (2009) argue that it is a highly reliable indicator of exercise intensity and fatigue in team sports. Halson (2014) suggests that due to “the linear relationship between HR and rate of oxygen consumption during steady-state exercise” monitoring HR can provide practitioners with an understanding of aerobic fitness and fatigue state. The relationship between HR response and aerobic fitness has led to its increased detailed use in soccer-specific conditioning drills such as small-sided games (SSGs) (Coutts et al., 2009; Little et al., 2007; Dellal et al., 2011). Although SSGs, and other highly intensive intermittent drills, have extensive fitness benefits, Owen et al (2015) argue that they also impose significant physiological stress, with players often eliciting greater than 85% of max HR. Having a strong understanding of the work completed at specific percentages of an athlete’s max HR, enables practitioners to quantify training intensities and aid training plan prescriptions (Karvonen et al., 1988; Halson, 2014). 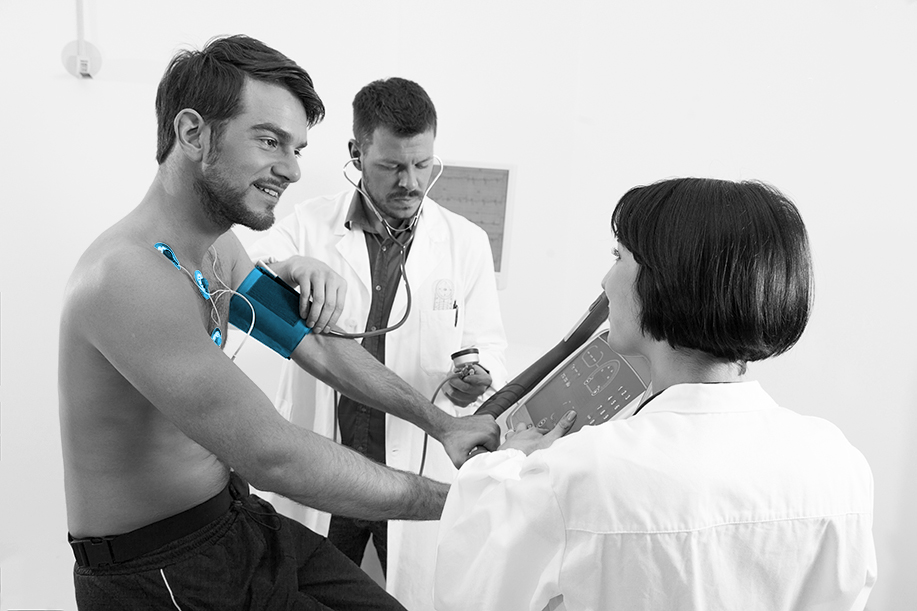 Wallace et al (2009) argue that the external TL refers to “the work completed by an athlete, measured independently of his or her internal characteristics”. Quantifying the internal response to TL is crucial to understanding adaptation to a particular training stimulus, however, it is through measuring the external load that practitioners are able to establish whether specific performance outcomes are being met (Wallace et al., 2009; Halson, 2014). Additionally, quantifying the external load also provides an appreciation of an athlete’s physical capabilities to perform specific functional tasks. The process of quantifying the external TL has been facilitated in recent years due to the increased accessibility to load monitoring technologies such as GPS and other time-motion analysis software. The use of such technologies has intensified in the last decade, however, until recently, the use of GPS units has been restricted to training use exclusively, with regulations restricting its use in competitive match-play. This has led to a significant lack of studies assessing a holistic view of TL, incorporating both the training and competitive match-play data, with several studies (Gabbett, 2016; Malone et al., 2016) highlighting this as a significant issue. 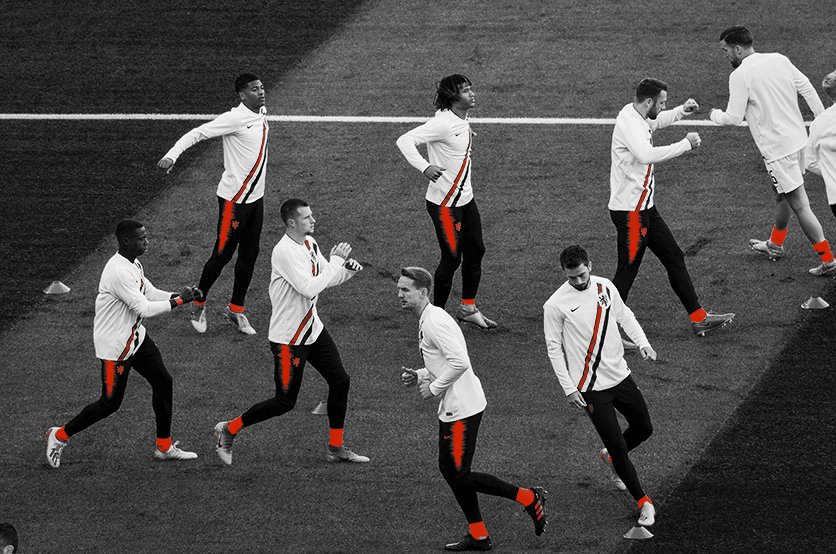 Integrating the Internal and External Load

TL monitoring literature has primarily focused on the ways in which TL can be monitored from either an external or internal perspective, however more recently, research (Halson, 2014; Akubat et al., 2014; Malone et al., 2016) has discussed the concept of combining the two together. The external load provides practitioners with an understanding of what the athletes are capable of producing, as well as providing an appreciation of the load they have completed (Halson, 2014). Although this is of great importance, Halson (2014) argues that it is also critical to take into account how the athlete is adapting to the psychological and physiological stress of training and competition stimuli. Consequently, Halson (2014) argues that there are merits to understanding the impact of both internal and external loads in the athlete monitoring process, suggesting that “a combination of both may be important for training monitoring”.

More recent studies (Akubat et al., 2014; Malone et al., 2016) have explored the concept of integrating external and internal load metrics across a variety of elite-level team sports. Akubat et al. (2014) discussed the idea of integrating internal and external load metrics as a TL ratio, in order to assess its relationship with fitness. The study examined the combination of both Total Distance, and High Intensity Distance, with an individualised TRIMP. Akubat et al.’s (2014) study concluded that integrative TL ratios may potentially be of use when assessing fitness in soccer players. Malone et al.’s (2016) study expanded upon the integrative TL ratios concept and explored its relationship with measures of aerobic fitness in Hurling. The research found there be a correlation between the integrated TL ratios (combinations of Total Distance, High Speed Distance and Sprint Distance combined with an individualised TRIMP) and the aerobic fitness measures analysed in the study, supporting the impact of integrating internal and external load metrics in elite-level team sports.

Previous research (Akubat et al., 2014, Malone et al., 2016, Delaney et al., 2018) has explored the concept of integrative TL ratios and its relationship to fitness measures in team sports, however no study to date has examined its practicality in predicting injury in professional soccer. Injury incidence is a significant burden in professional soccer, therefore developing a more effective method of predicting future injury in the sport is of great importance. If research (Halson, 2014; Akubat et al., 2014; Malone et al., 2016; Delaney et al., 2018) is to be used appropriately, integrating the external and internal loads may provide practitioners with a greater understanding of the physical stressors placed upon players in both training and competition. 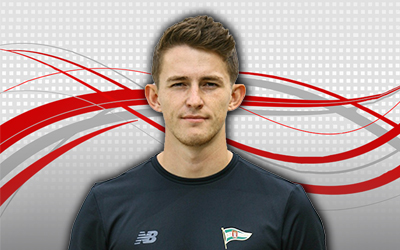 Matt Newton studied at Liverpool John Moores University and specialises in contextualisation of physical demands of soccer, testing & monitoring and return to play.