Aim of the study:

Soccer is a high intensity intermittent exercise during which players are required to have a great capacity to perform intense and repeated efforts at greatly uneven intensities, distributed over time in a highly discontinuous manner. Therefore, during a competitive match play, the ability of the neuromuscular system to produce maximal strength, power, and their derivatives sprints, jumps, and agility appears to be of vital importance. This significance has been further highlighted by a plethora of evidence reporting that the most decisive actions during a soccer competition are strongly associated with these explosive type human movements. To date, the available literature indicates that apart from sufficient conditioning, these exercise performance indices could be affected by the kind of stretching activities, i.e. static or dynamic, implemented in the warm up just prior to a training session and/or competition routine.

A comprehensive pre-competition soccer warm-up routine typically consists of a short-duration low to moderate intensity aerobic activity (usually running), stretching of the major muscle groups (of static and/or dynamic type), and sport specific skill-based drills that are executed at game intensity, aiming to prepare players for the forthcoming competition. Traditionally, static stretching has been the prominent feature of the warm up routines including soccer due to its suggested beneficial effects on range of motion (ROM) and flexibility, on movement economy, on the reduction of running based activity-related injuries, and also on performance enhancement. However, recently this method of preparation has received much scrutiny with its effect on neuromuscular performance being challenged. Muscle static stretch-induced performance decrements prior to an athletic event have been widely reported to significantly and negatively affect high-intensity physical performance up to a magnitude of 7.5%. 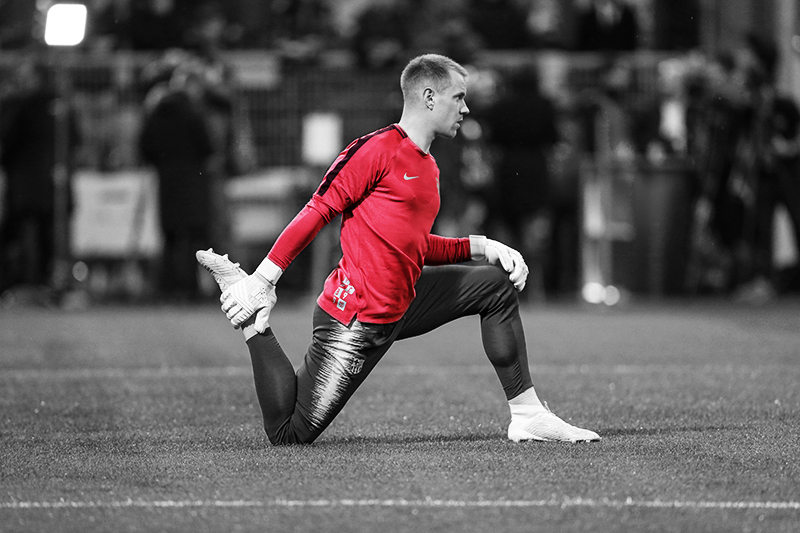 Specifically regarding soccer, decrements in neuromuscular performance capacity indices such as 10m, 20m, and 30m sprint performance, repeated sprint ability (RSA), jumping ability (as measured by SJ and CMJ), and agility performance9 has been observed, as a result of a combination of affected mechanical and neural factors by the static stretching protocol. Taking under consideration that all those performance parameters have been well demonstrated to be of vital importance for successful soccer performance, this has led coaches and sports scientists to advocate against the implementation of static stretching within a comprehensive soccer pre-competition and /or pre-training warm up. Further support to this perception came from sports related organizations such as the European College of Sports Sciences and the American College of Sports Medicine that advocated against the inclusion of static stretching in pre-exercise routines or even call for its replacement by dynamic forms of muscle stretching. This shift towards dynamic stretching have been supported by emerging evidence showing its positive acute effects on neuromuscular performance indices such as sprinting and jumping ability, repeated sprint capacity and agility in several types of athletic populations, including soccer players. The positive effects of this type of modality have been attributed to be a result of a variety of physiological effects. Indeed, increased post activation potentiation (PAP), temperature-related mechanisms, altered muscle–tendon unit (MTU) stiffness, and neural induce-adaptations have been suggested to underpin these effects.

However, recent well designed studies and literature reviews indicate that the inferences drawn from the effects of the various stretching-related literature on several performance indices are subject to several issues.
Regarding static stretching, recently the aforementioned negative opinion has been challenged. Recent analytical reviews and new evidence dictate several methodological differences, resulting in a decreased ecological validity in a great part of the literature. In general, the main key points questioning the negative effects of static stretching on performance are the following:

1. failure to replicate the comprehensive pre-event warming-up routine due to the absence of a sports specific component after the static stretching modality or any component at all.
by a plethora of evidence reporting that the most decisive actions during a soccer competition are strongly associated with these explosive type human movements. To date, the available literature indicates that apart from sufficient conditioning, these exercise performance indices could be affected by the kind of stretching activities, i.e. static or dynamic, implemented in the warm up just prior to a training session and/or competition routine.

2. The various volumes and intensities of this component employed.
3. The type of the performance indices assessed i.e. strength based or power based.
4. The time elapsed after the warm-up for the subsequent testing.
5. The training status of the players.
6. And the duration of the static stretching modality (dose/response relationship).

Regarding the latter, i.e. the duration of the static stretching modality, there is evidence showing that athletes in real time situations employ one bout of 10 seconds duration (maximum) per muscle group which contradicts the vast majority of the available literature and the practical application of the designed protocols of the majority of these studies. Specifically within soccer, evidence based on notational analysis from UEFA and domestic competitions, reveal that it is extremely uncommon for players to perform stretch activities for more than 10-second duration in specific muscle sites, and moreover to employ repeated series of stretching in the same muscle group during the pre-competition/activity warm up. Considering the above, in addition to the observation that static stretching durations ≤60 sec per muscle are either resulting in marginal performance decreases (-1.1%) or do not seem to have any effect, and to the fact that players still show a preference of this type of modality in their pre-warm up routine, (indicating also a possible placebo-related effect), is questioning the suggestion for exclusion of static stretching from a comprehensive pre-competition warm up routine.

Regarding the dynamic stretching modality more research is also needed to further elucidate the suggested positive effects of the implementation of these activities specifically within a comprehensive pre-competition warm up on exercise performance capacity. This need is due to the observed evidence questioning its beneficial action when implemented within a full warm up routine just reporting neutral effects. In addition, although a strong body of evidence supports either a trivial to small positive effect (approximately 1.3%) or a neutral effect of dynamic stretching on subsequent muscular performance3, according to the Canadian Society for Exercise Physiology recommendations, no robust evidence exists for substantial performance enhancements3. The observation that in the available literature there is a great variability of several methological issues including the duration, volume, and frequency, of this type of modality does not allow us to reach in definitive statements at this time.

In addition to the aforementioned questions, the majority of the literature in this area has examined the acute effects of stretching on exercise performance, whilst a limited number of studies have attempted to examine the potential lingering effects (i.e. the time course of the induced effects), of different stretching modes, revealing inconsistent findings. Furthermore, none of those studies has examined the possible stretching induced retained effects after a period of a soccer competition/training. According to the available evidence neuromuscular performance decrements have been found to continue to worsen and/or to remain affected for up to 120 minutes after static stretching. Furthermore, in-effective effects of this modality was has been evident even 24 hour after the intervention with a concomitant retained effects of the dynamic stretching protocol in this study. On the contrary, the deficits due to static stretching have been found to subside within 10–15 minutes. Similarly, Woolstenhulme reported no difference when comparing vertical jump height immediately after static stretching and after 20 minutes of supplemental basketball play. Adding to the controversy, Bradley observed a fully recovered jumping ability 15 minutes after all stretching conditions whilst recently, Ayala reported that inclusion of dynamic vs static stretching as part of a comprehensive tennis-warm resulted to superior performance of the dynamic protocol and this enhancement was evident after 30’ and 60’ of a simulated match-play. 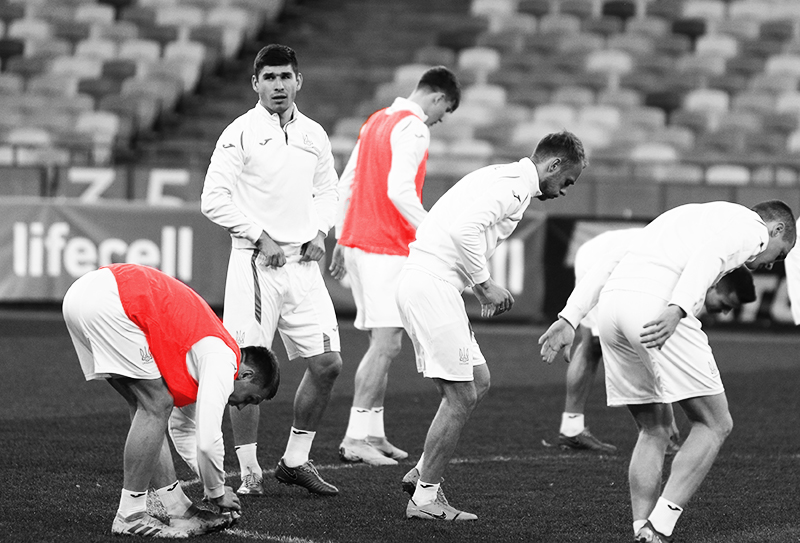 With respect to soccer, to the best of the authors knowledge, there is no available evidence to determine the potential acute and lingering effects of an actual pre-competition comprehensive warm up including the static and/or dynamic stretching modalities that reflect those implement by top level competitive players. Therefore, the aim of our study was to examine the possible acute and lingering effects of two different warm up routines which employed short duration/volume of either static (Static warm up [SWU]) or dynamic stretching activities (Dynamic warm up [DWU]), just prior to and immediately after a 45-min duration soccer game (soccer half) on countermovement jump (CMJ), squat jump (SJ), 10m, 20m sprint performance and on percent pre-stretch augmentation (PPA) capacity performance.

Our findings indicate that the employed DWU acutely enhanced neuromuscular performance compared to the SWU, and that this effect was retained after 45-min of play. In addition, the low-volume SWU, in agreement with the recent literature, does not result in power performance deterioration. These observations are of major importance for players since in elite soccer level slight changes in performance may determine the outcome of a competition. 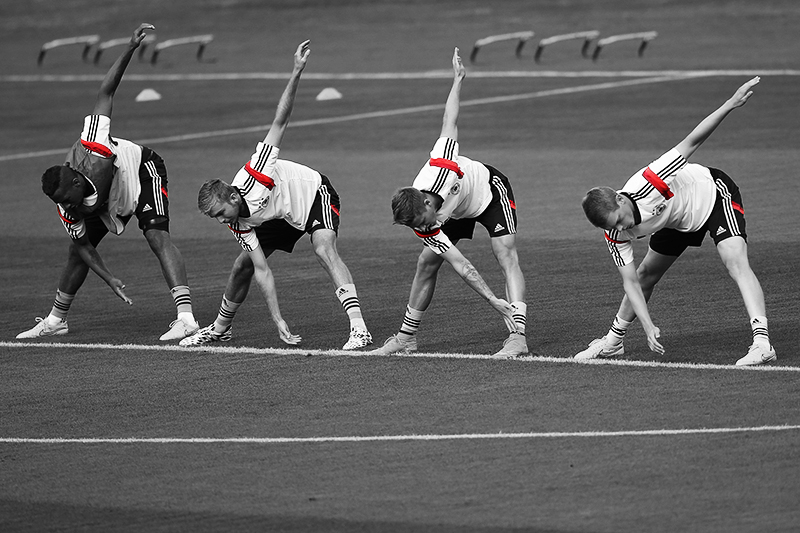 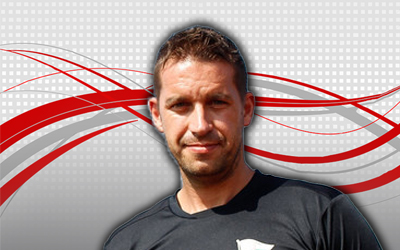